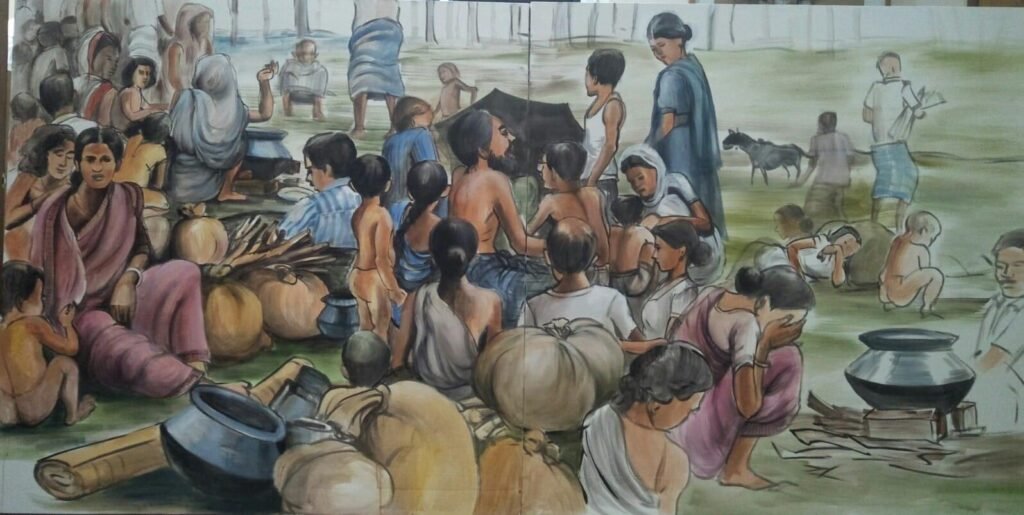 NEW YORK, May 20, 2022 /PRNewswire/ — Exactly fifty-one years ago, this day, the Pakistani Army carried out the largest single-day massacre in Bangladesh (formerly East Pakistan). With the active participation of some Bangladeshi-origin Islamists (also called Razakars),

Chuknagar is a small business town located in Khulna district and very close to the India-Bangladesh border. In the early morning of May 20, the Pakistani soldiers, carrying light machine guns (LMGs) and semi-automatic rifles, opened fire on the civilians. Ten thousand civilians, mostly members of the region’s Hindu minority waiting to seek refuge in India, were killed in one day. Many women were raped before being shot, and their brutalized dead bodies were thrown into the Bhadra River.- ADVERTISEMENT -https://s.yimg.com/rq/darla/4-10-1/html/r-sf-flx.html

In 2010-11, nearly forty years after the Chuknagar Massacre, the Center for Bangladesh Studies in Dhaka published Muntasir Mamoon’s horrifying documentary evidence of the massacre. In his book, ‘Chuknagar genocide:1971’. Mamoon mentions that he started collecting oral history from eyewitnesses in 1995. Because of political pressure, he had to wait 15 years before his book could be published.

The book presents the accounts of two hundred victims and eyewitnesses. One eyewitness, the Principal of the school in Chuknagar said, “There were piled up dead bodies. Dead children on dead mothers’ laps. Wives hugging their beloved husbands to protect them from killer bullets. Fathers hugging their daughters to shield them. Within a flash, they all were just dead bodies. Blood streamed into the Bhadra river, it became a river of corps. A few hours later when the Pakistanis ran out of bullets, they killed the rest of the people with bayonets.”Story continueshttps://s.yimg.com/rq/darla/4-10-1/html/r-sf.html