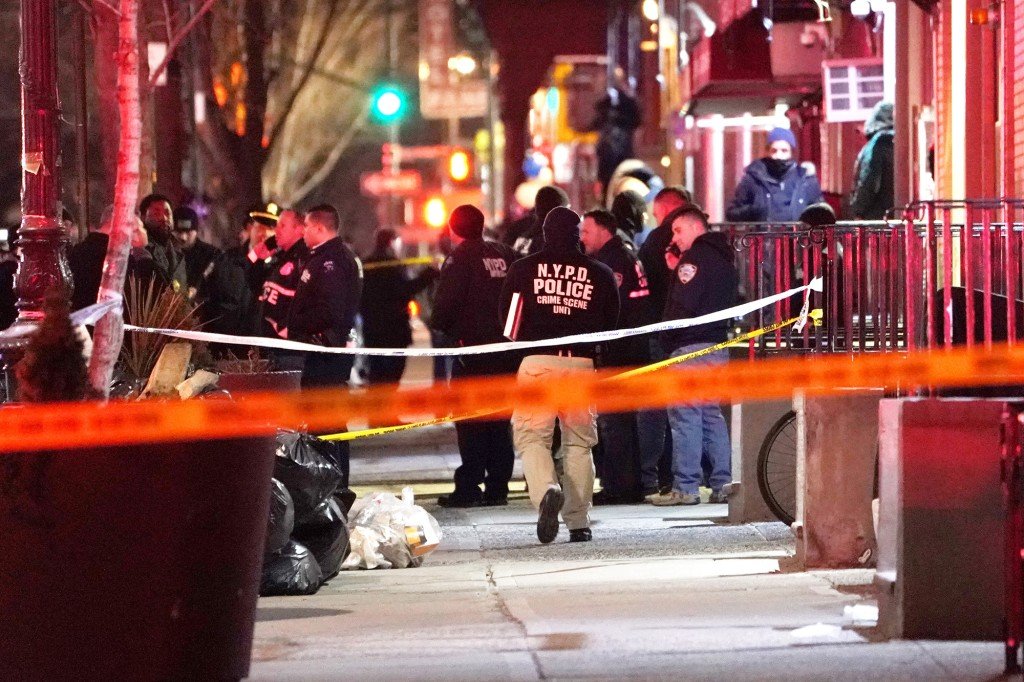 I may not be the church-going type, but I certainly know a sermon when I hear one — and Eric Adams has been doing an awful lot of sermonizing since assuming office Dec. 31. Of course, with his focus on gun violence and post-pandemic recovery — rather than education reform and economic inequality — Adams’ preaching sounds far different from that of his predecessor. But what’s most different about Adams is his message and his audience: Accountability in the black community.

Few topics are more taboo for white politicians — even a white politico with a black wife and black children, like Bill De Blasio — than asking African-Americans for a bit of self-reflection. But it’s actually an everyday occurrence among black folks themselves, particularly in the African-American church, whose lofty oratory style Adams often invokes when facing the press.

Instead, Adams issued a call to action that was clearly intended as a rallying cry for his own community, who bear the brunt of the city’s surge in gun violence. “We must stand united against these killers,” said Adams, a former NYC police captain amid a crowd of fellow officers. Those who stand against this effort, Adams continued, “are co-conspirators to the violence we are witnessing.” Many in the crowd sighed an audible “amen.”

A few days later Adams employed similarly pointed language when issuing his comprehensive 15-page “Blueprint to End Gun Violence” plan. It “will take all of us,” he said, to end killings like Rivera and Mora — along with the shooting of 11-month old Catherine Rose Ortiz in the Bronx that same week.

While Adams understandably didn’t single out any particular ethnic group, the data surrounding the city’s gun surge make for some pretty compelling parsing. In 2020, for instance, NYC police data revealed that 96% of shooting victims were either black or Hispanic, while eight predominantly minority and lower-income Bronx and Brooklyn neighborhoods had the highest number of shootings citywide. Nearly exact statistics were revealed for 2021, which saw some 90% of murder victims and nearly 97% of shooting victims were also either black or Hispanic.

Most tellingly, shooting suspects and arrests followed an almost entirely similar demographic breakdown — which means that for gun violence to end in New York City, black and brown people must stop shooting and killing other black and brown people. In other words, the “us” in Adams’ “all of us” missive is literally the mayor himself — and many of those who look like him. And, when Adams repeated the phrase “it’s our city against the killers” during that Harlem Hospital appearance, he almost certainly understood that those killers – as well as their victims – usually come from communities like Harlem. These are communities Adams knows first-hand, having partially grown up poor — as one of six siblings — in a fourth-floor walk-up in Brooklyn’s still impoverished Brownsville neighborhood.

Of course this makes for some difficult conversations, particularly among activists still committed to Portland-style police reform. For the most part, progressive groups have been unable to coalesce around a unified anti-Adams message. Part of the reason is that Adams – unlike many big-city mayors – is unafraid to take on critics at both ends of the political spectrum (including a well-publicized spat with a local Black Lives Matter leader just weeks before his inauguration).

Nor is he afraid to take-on socio-political taboos many white politicians would never dare touch, such as his now legendary “Stop-the-Sag” campaign in 2010 against young (mostly minority) men wearing low-slung pants. As a black man, speaking to black audiences about crimes (as the data confirms) mostly committed by their own, Adams’ message is hard to dismiss with the hashtag outrage app-tivists typically deploy to stifle dissent.

With the launch this week of a pan-progressive alliance named “The People’s Plan,” Adams’ indifference to left-leaning opposition may soon become harder. But as a former cop — and teenage victim of police brutality — his unique ability to speak to minorities will retain its potency for as long as he remains, well, a minority (a status he’s unlikely to concede anytime soon).

For nearly two centuries, Americans have preached the virtues of “activism beginning at home.” For Mayor Adams, this message truly is a matter of life or death.

David Kaufman is a writer and editor who covers politics, culture and finance.