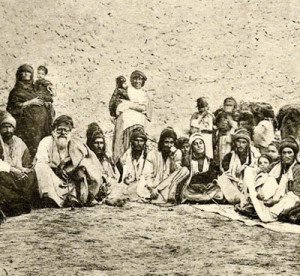 The Western media (on the whole) with Japan jumping on the anti-Russia bandwagon, under Prime Minister Fumio Kishida – is providing the simple “heroic” versus “demonic” narrative once more. Hence, Ukraine bombing the Donbas region (Russians and Russian speakers) since 2014 – and countless media sources highlighting the Neo-Nazi angle to Ukrainian nationalism – are conveniently glossed over. Therefore, despite the ongoing convulsions of Afghanistan, Iraq, Kosovo (Serbia), Libya, Syria – and other wars – the binding themes of marginalization for religious minorities to unleashed crimes against humanity continue today.

Iraq under Saddam Hussein was brutal for Kurds in the north (Kurds are persecuted in Iran, Turkey, and NATO Turkey supports Islamists who are anti-Kurds in Northern Syria). The Shia were also crushed – if they entertained to alter the status quo under the dictator. However, since the NATO-led (America and the United Kingdom being the main culprits) overthrow of Saddam Hussein (just under 20 years ago) in Iraq horrendous convulsions have followed. Therefore, these convulsions mean people are still being enslaved (ISIS – Islamic State) and killed in sectarian violence.

The American-led interventions in Afghanistan (which began in the early 1980s and again after the September 11 terrorist attack) to Libya – along with the usual NATO allies and Pakistan concerning Afghanistan – are the same. Hence, countless years after, you have barely functioning states that need international humanitarian assistance concerning ensuing chaos. This includes young girls not being able to get an education in Afghanistan under the Taliban (a far cry from many decades earlier under Najibullah when women were being educated) – to black Africans being enslaved in Libya since the intervention of this nation.

In Iraq, approximately 80 percent of all Christians fled this nation after the NATO-led intervention – while Yazidis would be enslaved and butchered by ISIS after fresh convulsions unleashed by the leadership of Barack Obama, the former leader of America (along with NATO and Gulf powers). Thus under Obama, the nations of Iraq (once more, aimed at Syria), Libya, and Syria were destabilized – while the Sahel region suffers tremendously today from the convulsions of Libya (food insecurity, terrorism, and fragile political systems). Also, the Obama administration (including the current leader Joe Biden) tried to destabilize Egypt with the tacit support of the Muslim Brotherhood. However, the United Arab Emirates and Saudi Arabia opposed this. Therefore, the intrigue against Egypt failed when the current President Abdel Fattah el-Sisi stepped in and saved this nation from being a failed state.

Under Saddam Hussein, Sunni Islamist terrorism wasn’t a major threat because he would deal with terrorist forces. However, first Al-Qaeda entered the vacuum in the post-Saddam era by butchering Shia Muslims and targeting other religious minorities.

This was followed by ISIS entering the vacuum in Iraq after Obama (and NATO and Gulf allies) destabilized Libya and Syria. Hence, fresh convulsions hit Iraq. The upshot – during the Obama period with Biden in cahoots – was the enslavement of the Yazidis, ISIS killing elderly Yazidi women of non-child rearing age, cleansing Christians, persecuting the Shabaks, the butchering of the Shia in Iraq and in neighboring Syria the Alawites would be put in cages by ISIS and many beheaded, killed, or burnt alive.

The Guardian reports, “When Sinjar district was attacked by Isis, more than 100,000 people fled to take refuge on Mount Sinjar. Those who couldn’t flee were rounded up. Many of the men were massacred. Thousands of Yazidis were either executed and thrown into pits, or died of dehydration, injuries or exhaustion on the mountain. So many people were missing that the enslavement of women didn’t immediately come to international attention.”

Relief Web reports, “On August 3, 2014, the IS (ISIS) launched an offensive against the Sinjar region of northern Iraq and carried out large-scale massacres against the civilian population. This involved mass killings, sexual violence, torture and enslavement. Over 5,000 people were killed and over 400,000 people were displaced from their homes. To date, more than 2,800 Yazidi women and children are still held captive by the IS or remain missing.”

Concerning the persecution of the Lesbian, Gay, Bisexual, and Transgender (LGBT) communities in Iraq, the BBC reports (2022), “Cases include abductions, torture, rape and murder, with LGBT people living in fear of their lives, campaigners Human Rights Watch (HRW) and IraQueer found.”

In 2012, the same BBC reported, “During three decades of Saddam Hussein’s regime, Iraqi gay men and women enjoyed relative freedom and security, and after the US-led invasion, some liberal-minded Iraqis expected more liberty for gay people… But in the fragile political system that subsequently took shape, radical conservative Islamic forces that took power were unwilling to tolerate anything connected to the West, including open homosexuality.”

Christians and others in Iraq have suffered the convulsions of George W. Bush and Obama. Associated Press reports, “Iraq was estimated to have nearly 1.5 million Christians before the 2003 U.S.-led invasion that toppled dictator Saddam Hussein. They date back to the first centuries of the religion and include Chaldean, Syriac, Assyrian and Armenian churches… Now, church officials estimate only a few hundred thousand, or even less, remain within Iraq’s borders. The rest are scattered across the globe, resettling in far-flung places like Australia, Canada and Sweden, as well as neighboring countries.”

When the dust of the Ukraine conflict settles – and if the current ill-treatment of Russian Federation captured soldiers, the killing of Russian civilians in the Donbas region (2014-2022) and further afield by Ukrainian nationalists – to gypsies being tied up to lampposts by Ukrainian nationalists – comes to light, then like past brutal convulsions concerning NATO powers it will all be swept under the carpet.

Hence, unlike the Christian militia leader from the Central African Republic (CAR) who faces war crimes, Barack Obama to Tony Blair are mega-rich and enjoy the limelight despite the horrendous convulsions they have unleashed.

Over one million dead and entire religious minority groups put to the sword along with women suffering these brutal convulsions – and still, people are dying in Afghanistan, Iraq, Libya, Syria, and other parts of the world (Sahel destabilized after NATO powers enacted regime change in Libya).

Reuters reports, “Armed groups execute and torture civilians in Libya in almost complete impunity seven years after the revolution that toppled Muammar Gaddafi, the United Nations human rights office said on Wednesday… Libyans and migrants are often held incommunicado in arbitrary detention in appalling conditions, and reports persist of captured migrants being bought and sold on “open slave markets”, it said in a report to the Human Rights Council.”

Despite this, the same NATO powers have created the ongoing Ukraine crisis concerning endless NATO expansion and failing to agree – or even discuss seriously – the concerns of the Russian Federation. Therefore, mass anti-Russian Federation hysteria drums up the beats of war – just like the same nations and politicians promising democracy after entering Afghanistan, Iraq, Libya, destabilizing Syria, and other international ills.

The same NATO powers that destabilized in all the above – and involved in the ongoing tragedy of Yemen concerning major military contracts – evade the crimes they unleash. After all, international law and invading nations are manipulated by G-7 nations.

Anyone bought the new book by the mega-rich Obama?